Well, Ready or Not, Here it Comes: THE FALL

It sounds rather daunting when I put it that way, doesn’t it?  I mean, that term can reference a few different things in our church context.  Of course, it can refer to the season of autumn that is upon us.  Or, it can refer to the concept that all of humanity is broken in some way, in need of being raised up by Jesus.

I don’t know about you, but I’ll admit that the notion of total human depravity has never really gotten me excited about my faith.  I do espouse to the notion that there is very real brokenness in this world, and that we all “fall” prey to the implications of that, probably more often than we’d like to admit. And yet, for me, the focus of my faith is not that we are worthless. In fact, it’s the opposite: we are of so much worth in the eyes of God, that God will go to every possible length to show us our inherent value.  The Latin term for this is imago dei, which translates to “image of God.” 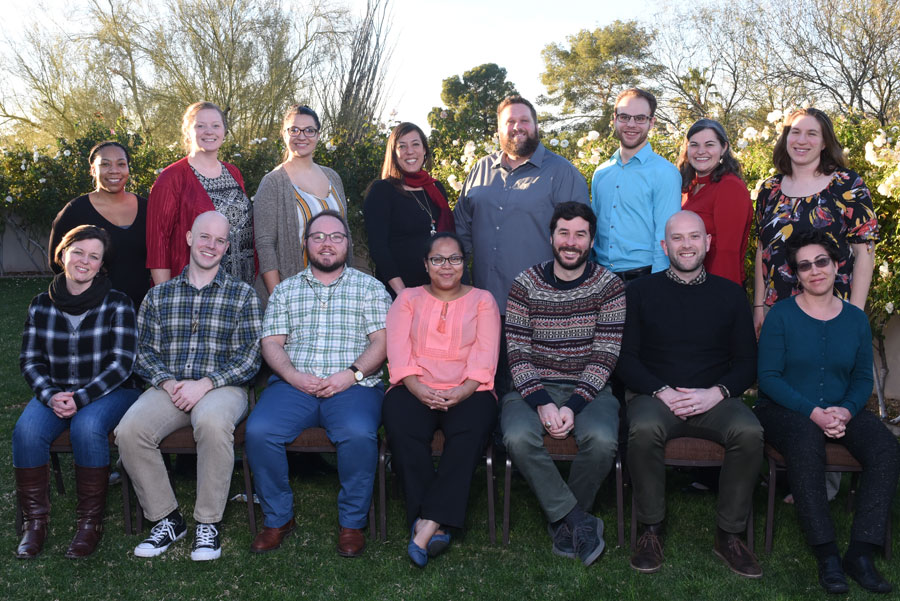 This past summer, I had the opportunity to attend the orientation of a leadership program to which I applied and was accepted, called Next Generation Leadership Initiative (NGLI).  This is a six-year-long program in which I, along with 14 other United Church of Christ pastors from all over the country, will be given leadership training from various professors, both inside and outside the institutional church.  The first step we took was to hone in on knowing ourselves: knowing what particular traits, gifts, and strengths the imago dei has already revealed through us.  For those of you who like this sort of thing, think “Myers-Briggs,” and then amplify its usefulness exponentially.

The focus upon the self didn’t surprise me; to do ministry well, we pastors have to be in touch with our strengths, our areas for growth, and our own internal buttons.  But what did surprise me was the premise behind one test called StrengthsFinder, a tool developed by Gallup.  After thousands upon thousands of interviews, Gallup amassed all the data and named 34 individual strengths.  Their conclusions are counter-cultural: rather than trying to become well-rounded, the researchers instead encourage people to double-down — and indeed, triple-down — on their strengths.  The idea is not to become a jack-of-all-trades (or to become all things to all people, a common pitfall for pastors), but instead to name and claim our individual strengths, so that they can be used most effectively.  Or, to put a faith-spin on it: to know the gifts God has already given us, and to lean into them as we lead.  How freeing!  What a gift it is to not have to focus on the “fall,” on our shortcomings, but instead to name the imago dei within, and allow Her to shine uniquely through us, in whatever hue She so chooses.

I imagine you’ll be hearing more about NGLI in the years to come.  And many thanks for giving me the grace-filled gift of time to be a part of such a meaningful program.  For now, a word of blessing: that as you enter into the fall, the autumnal season that is nearly upon us, may you all find the image of God that most certainly, without a doubt, already lives within you.  I look forward to seeing you all shine in the year to come.

God’s grace and peace (and light!) be upon and within you,

*Rev. Jill E. Olds is the Associate Minister for the United Congregational Church of Tolland United Church of Christ in Tolland, CT, and participant in NGLI9. This article, originally written for the church’s September newsletter called Tidings, is used with permission.