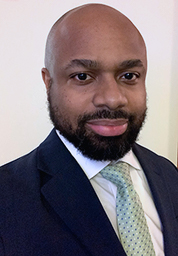 The Pension Boards is pleased to announce that Randy H. Garrett, Senior Finance Manager of Generations Financial Resources, Inc. and Generations Investment Services, Inc., two controlled affiliate companies of the Pensions Boards, has been named Interim Program Director of the Ministers’ Financial Vitality Initiative (MFVI) until a new director is appointed in early 2021.

Since 2017, the position of MFVI director was held by the Rev. Darrell Goodwin, who was recently elected the first Executive Conference Minister of the Southern New England Conference of the United Church of Christ. The Pension Boards is grateful for the Rev. Goodwin’s service, under whose leadership 90 UCC authorized ministers have been accepted into MFVI.

“I am excited to begin serving in this new interim role,” said Randy. “During the building and operational phases of Generations Financial Resources, I came to learn about the financial challenges and constraints that UCC ministers experience while working to get rid of their debt and caring for their family needs on a pastor’s salary. I’m looking forward to leveraging my financial and analytical skills to help UCC ministers address their debt head-on and formulate a workable, strategic approach to managing it,” continued Randy.

Randy currently manages the Pension Boards’ Generations Financial Resources, Inc., a lending company designed for MFVI participants who have completed one full year of the program that helps them alleviate the burden of clergy debt. Generations Financial Resources works in coordination with the MFVI program, combining personal finance education, needs-based grants to reduce debt levels, and most significantly, low-interest rate refinancing to substantially reduce the rates UCC clergy are paying on their educational debt.

Randy joined the Pension Boards in 2003, bringing a variety of analytical and financial skills to the development and reporting efforts of the organization. He received Bachelor of Science degrees in Mathematics and Physics from Stony Brook University and a Certificate of Professional Achievement in Financial Engineering from Columbia University.

The Pension Boards’ MFVI program began as five-year Faith and Personal Finance Initiative to address the issue of clergy educational debt specifically for underrepresented groups. The program was launched in 2017 with a $1 million grant from the Lilly Endowment’s National Initiative to Address Economic Challenges Facing Pastoral Leaders. In 2019, the Pension Boards received another $1 million grant to extend MFVI to increase the number of participants accepted into the program from 30 to 60 per year, and expand eligibility to all active UCC authorized ministers.

You can learn more about the MFVI program here, or contact Randy Garrett at This email address is being protected from spambots. You need JavaScript enabled to view it..